I suffer from poor impulse control. It causes me to sometimes say things I shouldn’t. Things like “It is exactly because of how good this team is, and how much fun they are to watch, that I want this postseason to last as long as possible.”

That was something an impulsive and arrogant me — we’ll call him “Old Me” — wrote and published just before the start of an 18-inning, seven-plus-hour game that ended at 3:30 this morning and left me in a crumpled heap.

Old Me is dead now. This is New Me. New Me was forged in fires fed by the combined torture of Game 3 and the reemergence of memories of pre-2004 Red Sox collapses, neither of which New Me hopes to ever experience again. 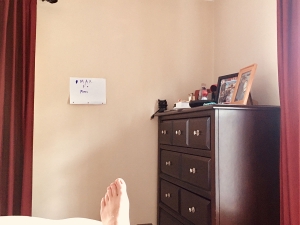 Shortly after I stumbled to bed at around 4 o’clock and passed out from exhaustion, I somehow pulled a muscle in my neck. Sleeping. I suffered a sleeping injury. (I’m going to assume it’s a sympathy pain from watching Eduardo Núñez spend several hours bludgeoning himself to death.) When the pain, which woke me repeatedly throughout my abbreviated and fitful slumber, finally prevented me from falling back to sleep, I discovered that my son — who, mercifully, fell asleep at around 1:30am with his AirPods still in his ears — had taped something to the wall at the foot of my bed.

I didn’t have my contacts in, so I had to get closer in order to see what he had written: 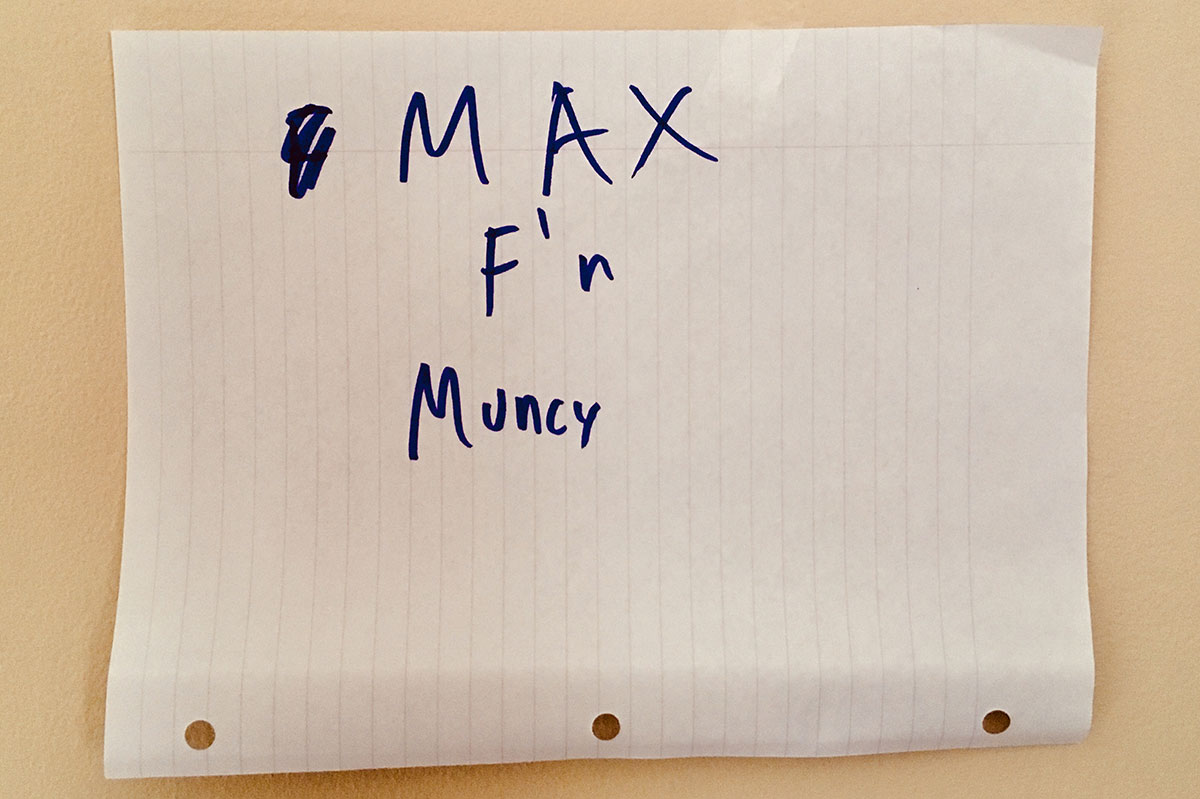 When I said “I want this postseason to last as long as possible,” I didn’t mean “I want one postseason game to literally go on forever” … and I also, upon further reflection, realize that I most definitely did not mean “I want to recklessly and foolishly flirt with the risk of the Red Sox losing the World Series.”

Game 3 was epic, and I’m glad I watched it till the bitter end … but I hated seeing my team fall after gutting it out for 18 innings, and I particularly hated seeing Nathan Eovaldi make perhaps the greatest postseason relief appearance of all time only to have it overshadowed by Max Muncy’s walk-off homer.

I don’t know what’s going to happen tonight. I don’t know who the hell is going to pitch. I don’t know how the hell they’re going to deal with all of the injuries. I don’t know what the hell I’m going to do to stay awake. Whatever the case, though, I would just like to officially withdraw any ill-advised intentions I may have unwittingly released into The Universe that might have suggested I’m cool with the Red Sox dropping games to the Dodgers just so we can see this series come back to Boston.

Revised statement: I want the Red Sox to win the World Series … and I don’t care where it happens.