Embed from Getty Images
With just moments to go before the Red Sox kick off the 2017 season at Fenway Park, I thought I’d share with you an awesome Opening Day experience from a couple years back.

In 2015, we had tickets to see the Sox play their first game of the season against the Philadelphia Phillies at Citizen’s Bank Park. Our seats were about 20 rows behind the Sox dugout, and a short while into the game, my wife pointed to someone sitting on the aisle a few rows ahead of us.

“Doesn’t he work for the Red Sox?” she asked.

She was right: it was Dr. Charles Steinberg, Executive Vice President & Senior Advisor to Red Sox President/CEO John Henry … and he was sporting his 2013 World Series ring.

“Follow me, kids,” I said as I made my way to his seat. “Excuse me, Dr. Steinberg? Would you mind if I took a picture of you with my son and daughter while you hold up your ring?”

“Sure!” he said. “In fact, I’ll tell you what, guys,” he added as he rose to his feet, removed the ring from his finger and reached into his pocket, “why don’t you each put on one of these?” 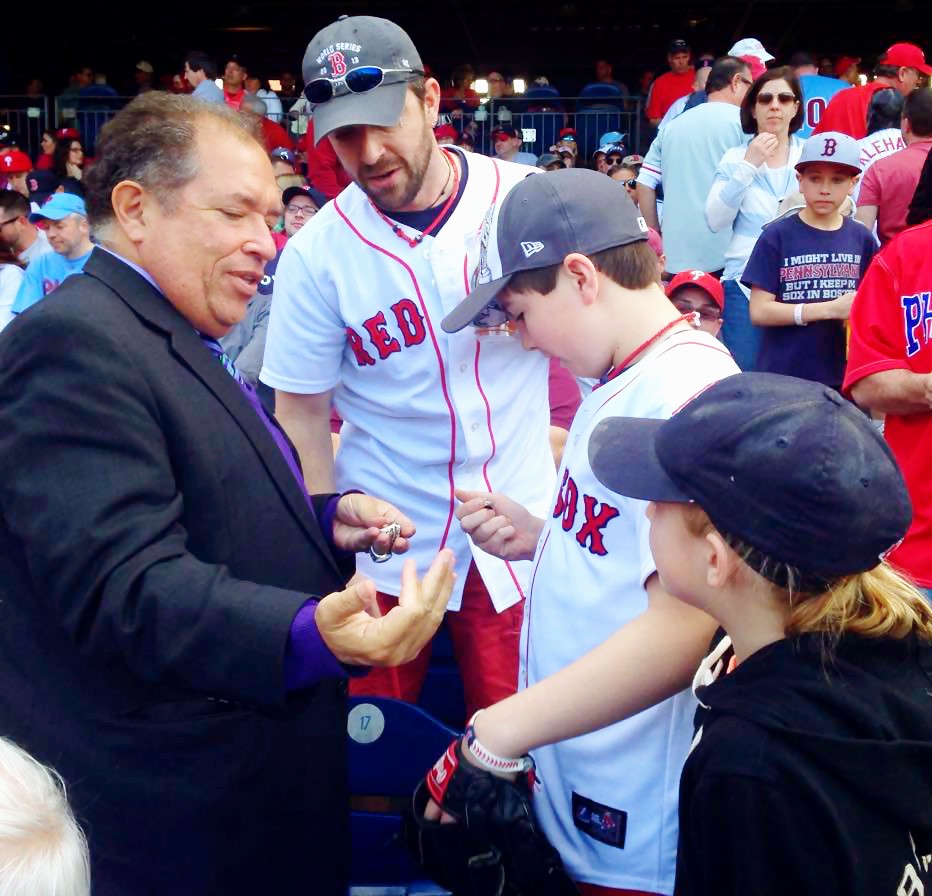 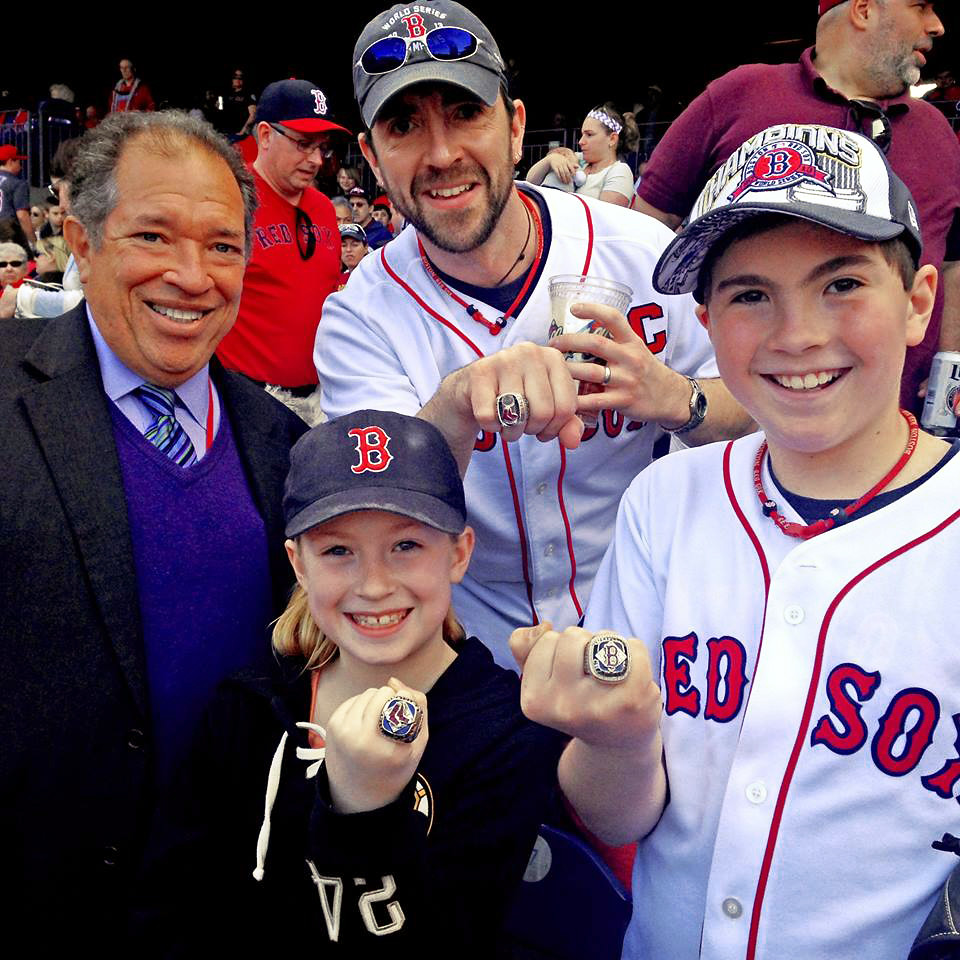 Needless to say, the kids were stoked to sport some serious Red Sox bling: 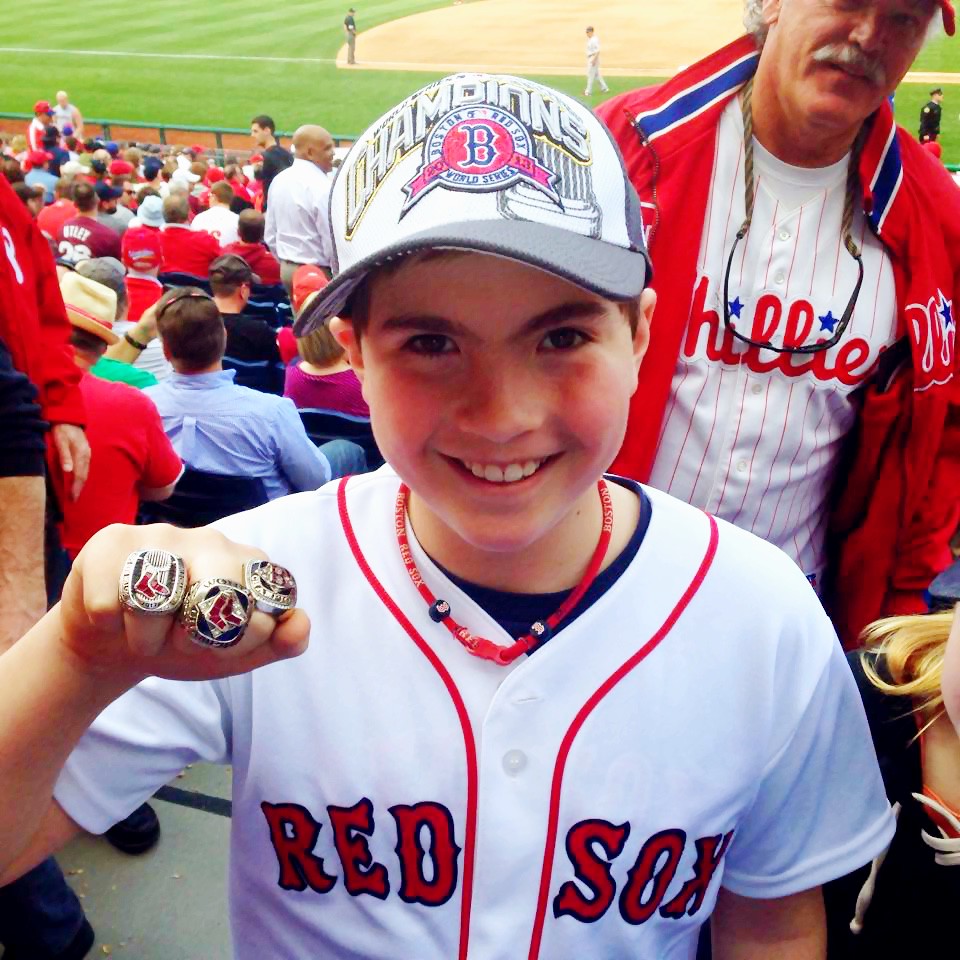 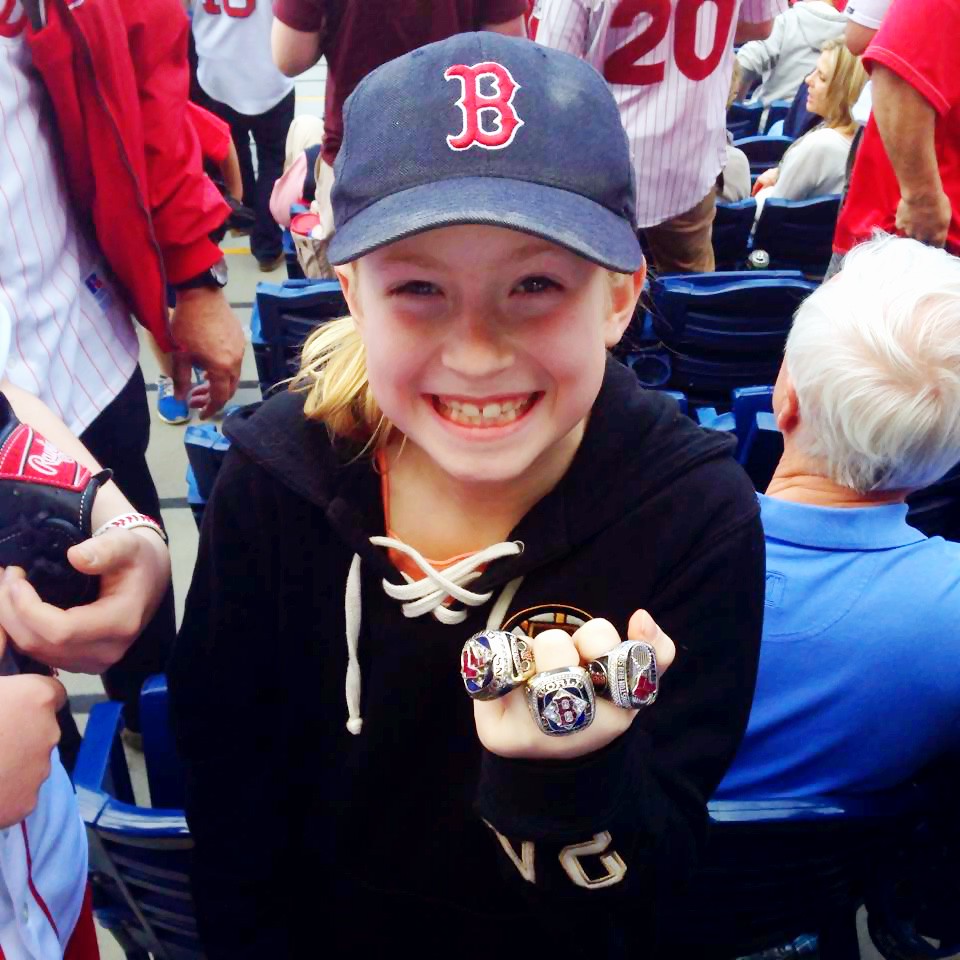 Clearly, the good doctor had come prepared to do some schmoozing … which made me very glad I had approached him.

Will the Sox add another ring to his collection this year? I sure hope so. And with the first pitch of 2017 soon to cross the plate, it’s easy to believe that anything is possible.